We want you to have results. Therefore, the minimum membership period with us is set at 3 months. But you can also choose a more advantageous membership for 6 or 12 months.

Our team is dedicated to you

We are a "clever", so most things, including payments and entry, take place automatically. Our staff therefore has more time to take care of the cleanliness and help you with your workout.

See all the benefits of membership

Thanks to the two types of membership and convenient service packages, everyone can choose.

In case of payment per month, in the next step you will choose from when you want to start. After the card is authorized, the proportional part for the first month is deducted and the amount of the current month is always deducted on the 1st of the month. (For example, you know that you will start on January 5. Only the proportional amount for January will be deducted. As of February 1, the amount for February will be deducted.)

For one-time entries, 6-month and 3-month membership types, we require a refundable deposit for the Clever fit data bracelet of CZK 600. The deposit must be paid at the same time as the membership order. The deposit will be refunded upon termination of membership, or exhaustion of entries and return of the undamaged bracelet.

If you are not a Clever fit member, we require a refundable deposit of 600 CZK for the Clever fit data bracelet with the tanning package. The deposit must be paid at the same time as ordering the package. The amount will be refunded once the package is exhausted and the undamaged bracelet is returned.

Imagine a range of exercise machines that offer comprehensive effective training. Upon arrival, you simply log in, the machines are automatically set to the parameters you have recorded in your smart bracelet, and you can start your workout immediately. On machines that adapt perfectly to you.

Get ready for a completely different exercise experience. You can move smoothly from one machine to another without stopping and waiting unnecessarily. You have a comprehensive and effective training of the whole body finished in just 22 or 30 minutes. This is Biocircuit and Biocircuit Cardio.

Cryo XC is a whole-body cryotherapy chamber, in which the body is quickly exposed to extremely low temperatures ranging from -110 °C to -160 °C. The flow of vapors released in the cryo box creates a vortex of extremely cold air that surrounds you. At the same time, the temperature in the cabin is balanced at all levels in order to evenly stimulate skin receptors throughout the body. 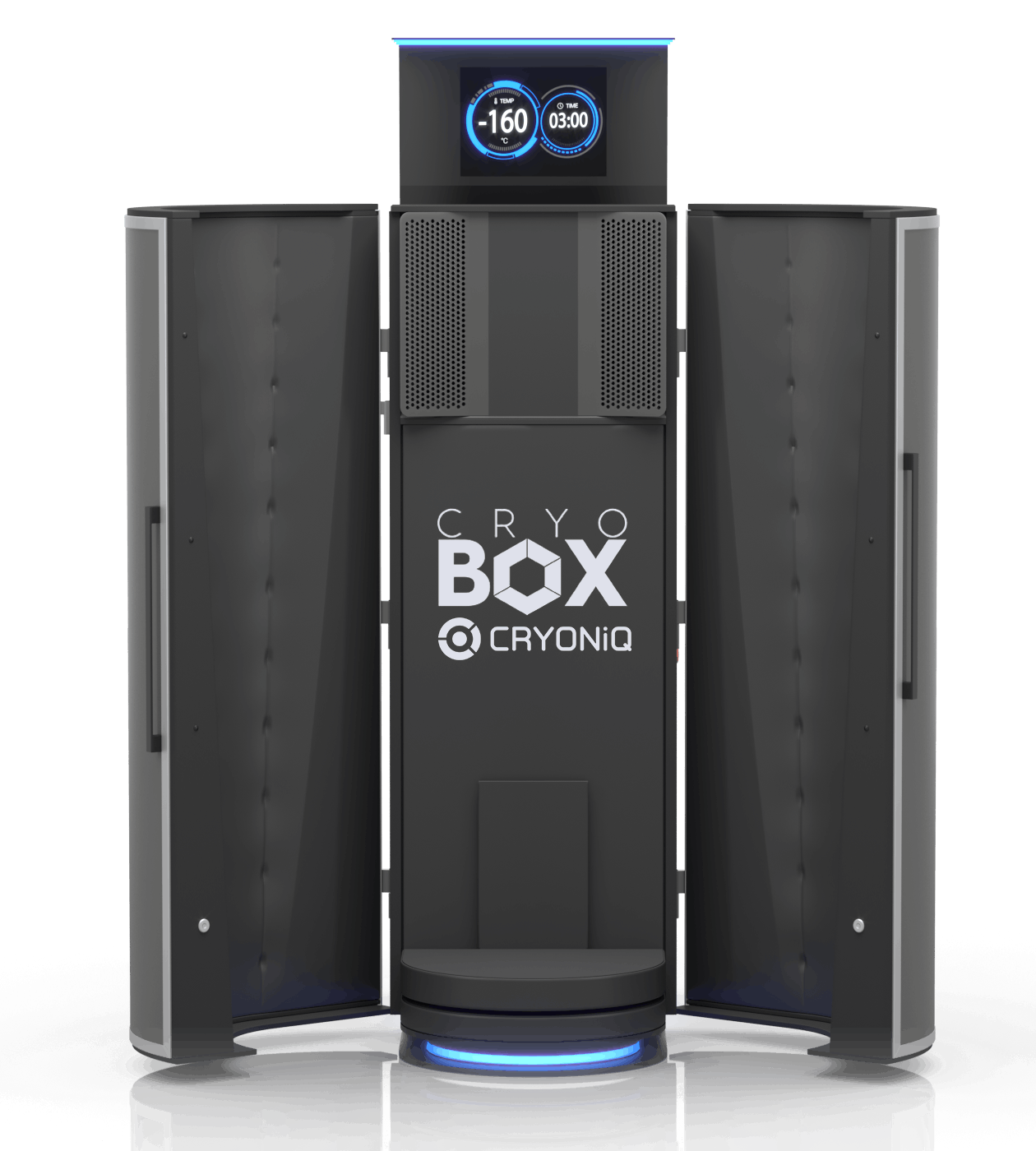 We regularly prepare articles for you about exercise, nutrition and a healthy lifestyle

Want to see and try our club first before you buy a membership? At Clever fit Chodov, everyone's first entry is free! What all can you test during it? And do you need to book your entry in advance?

Clever fit Chodov, the most modern fitness & relax centre in the Czech Republic, launches the Exclusive December event. Anyone who buys a Basic or Exclusive membership during December will get lots of benefits thanks to it!

The fourth branch of the Clever fit network in the Czech Republic was officially christened by our patron Roman Šebrle together with moderator Jan Čensky, singer Lučka Vondráčková, actress Alice Bendová and models Denisa Dvořáková and Eliška Bučková. Although Clever fit Chodov is the fourth Clever fit club in a row, it is also the flagship of the brand - you won't find any other fitness & wellness centre in the Czech Republic that is so equipped!

Read the article
View all articles